关注
昵称：New China TV 用户名：ChinaViewTV 粉丝数：98.0w 关于：Welcome to the official YouTube Channel of Xinhua News Agency, one of the world's largest news gathering and distributing organizations. Supported by correspondents in over 180 countries and regions, Xinhua (New China) has been competing with the world's leading news networks, deciphering events and trends that shape the world, and presenting hard-hitting commentaries of issues that have an international impact. With a history of over 80 years, Xinhua continues to be the most trusted news outlet for China-related content and prides itself on its swift and balanced reporting.
OS评分 680.3
总榜排名 199
新闻资讯排名 46

A new version of China's #FiveYearPlan is in the making. But what is this document, why is it important, and how is it drafted? #XinhuaSpecial explores this and more... 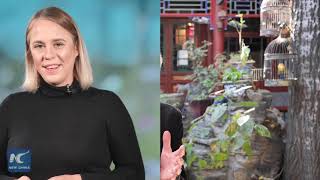 U.S. carmaker Tesla announced Monday that it will export made-in-China Model 3 to Europe for the first time on Tuesday. The first batch of 7,000 sedans is expected to arrive at the port of Zeebrugge in Belgium by sea at the end of November, before being sold in European countries including Germany, France, Italy, Spain, Portugal and Switzerland. Tom Zhu, Vice President of Tesla Global and President of Tesla Greater China, said with the exports kicking off, Tesla China will spur domestic demand and expand the global market simultaneously in a bid to support the country establishing a "dual circulation" development pattern. Tesla will also continuously improve production, sales, after-sales service and infrastructure in the country by honoring its China investment commitment, Zhu said. Chen Yin, executive vice mayor of Shanghai, said at the export launch ceremony that Tesla, with the Shanghai gigafactory as its first overseas plant, is the first foreign carmaker to benefit from China's scrapping of stake ownership limits by foreign car manufacturers in the country. The Shanghai plant had churned out more than 85,000 vehicles with an industrial output of over 21.6 billion yuan (about 3.2 billion U.S. dollars) by the end of September, with the weekly production stabilizing at 3,500 to 4,000 vehicles. Exports of vehicles and batteries by the plant are estimated to reach 450 million U.S. dollars within the year, Chen said in his speech. Tesla delivered the first batch of made-in-China Model 3 sedans to the public earlier this year, one year after the company broke ground on its first overseas plant. 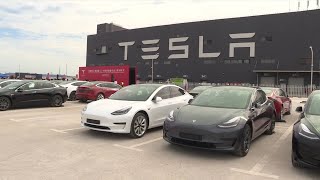 Livestreaming is transforming e-commerce in China. Popular celebs, who promote products via livestreams, are increasingly shaping up the Internet world when it comes to online sales. 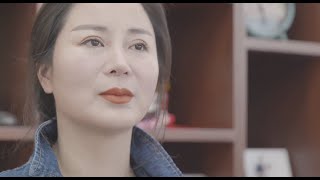